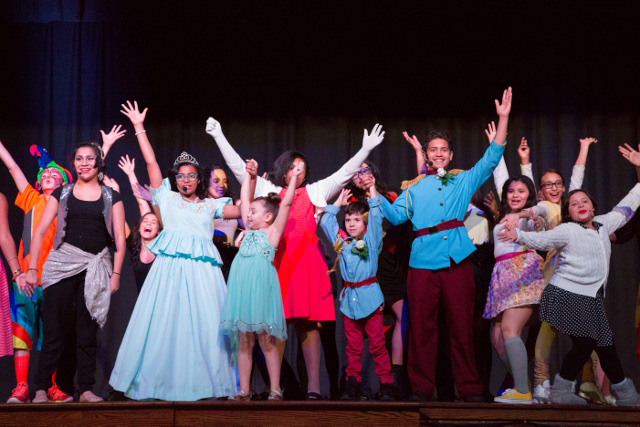 ASAP was founded in 2002 by noted educator Marciene Mattleman to raise awareness of the dangers of the after school hours for unsupervised youth.

With reports indicating that as many as 40,000 youths in Philadelphia were unsupervised every day from 3-6 pm, ASAP mounted an ambitious public service campaign to help schools and communities keep their children safe and engaged after school.

Through a partnership with the Philadelphia Daily News, ASAP began publishing the city’s first directory of after school programs in 2003 to help families find activities in their neighborhood.

ASAP also began recruiting volunteers who were eager to share their favorite hobbies with children in need of after school enrichment. With the help of these caring adults, ASAP was soon helping schools offer their students a wide variety of activities, including skateboarding, gardening, baking, crocheting, jump rope, and hip hop dance.

Beginning in 2004, ASAP made the decision to focus on recruiting volunteers to lead specific activities that best addressed the academic, social, and emotional needs of children in Philadelphia and which presented the greatest opportunity to be scaled citywide through strategic partnerships or different affinity networks. This work led ASAP to rallying around the four citywide initiatives it has today – ASAP Chess, ASAP Debate, ASAP Drama, and ASAP Scrabble.

The impact of this shift in focus was profound. By 2007, ASAP’s four citywide initiatives were serving more than 4,000 youth. During this time, ASAP also assumed leadership of the Philadelphia Scholastic Chess League and the Philadelphia Scholastic Debate League. Both leagues flourished under ASAP’s direction, quickly rivaling the District’s athletic leagues in size.

A Legacy of Impact

Over the last two decades, ASAP has emerged as a leader and trusted collaborator in Philadelphia’s out-of-school time sector. Supported by strategic partnerships with city agencies, community organizations and a broad network of stakeholders, ASAP has served more than 85,000 school-aged youth since its inception.

Along the way, ASAP has received much recognition for its work, including the following:

History in the making

Despite ASAP’s many accomplishments, much remains to be done to give children in Philadelphia the after school and summer enrichment opportunities they deserve. In this work, ASAP’s greatest strength remains all of the caring individuals and organizations who share our commitment to empowering youth and strengthening communities.

If you would like to be a part of ASAP’s history in the making, click here to learn more.

ASAP Through the Years: 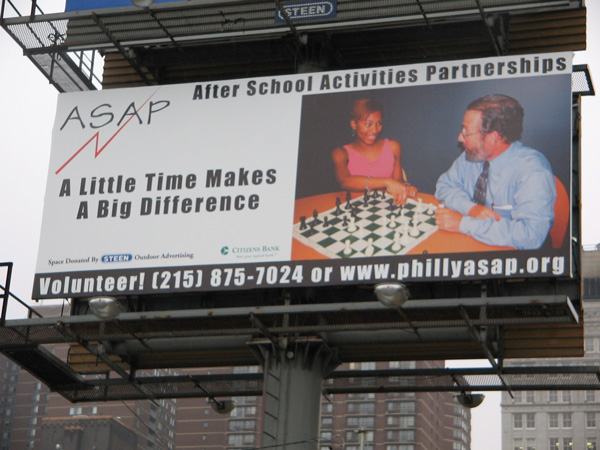 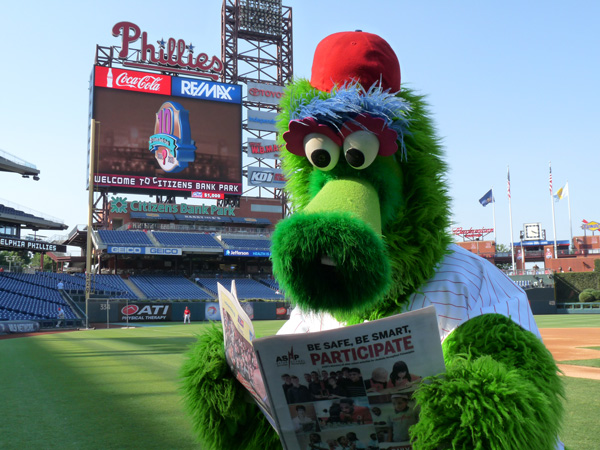 ASAP’s first Directory of After School Programs is published in the Philadelphia Daily News featuring hundreds of safe and stimulating options for youth. The final printed edition of the ASAP Directory of After School Programs contains more than 1,300 listings and is published in September 2018 in both Daily News and Inquirer, reaching an estimated 600,000 readers 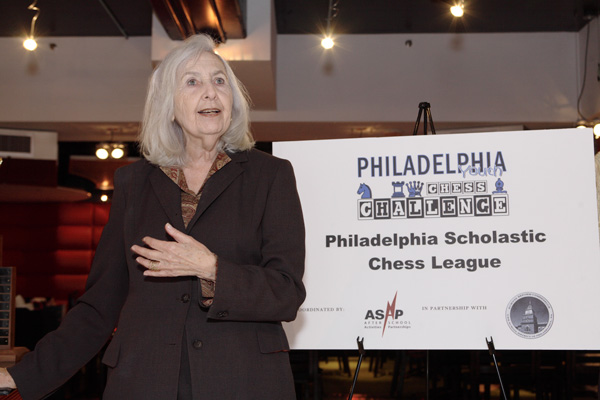 ASAP assumes leadership of the Philadelphia Scholastic Chess League. At the time, only 12 middle and high school teams remained. Today, the league consists of more than 45 elementary, middle, and high school chess teams 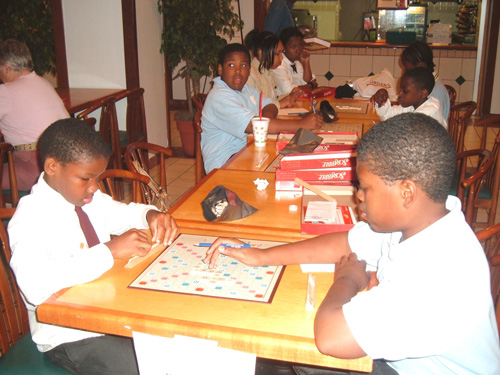 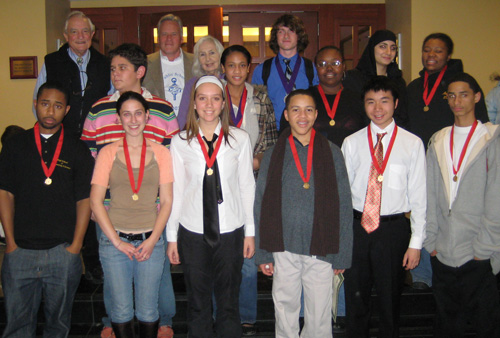 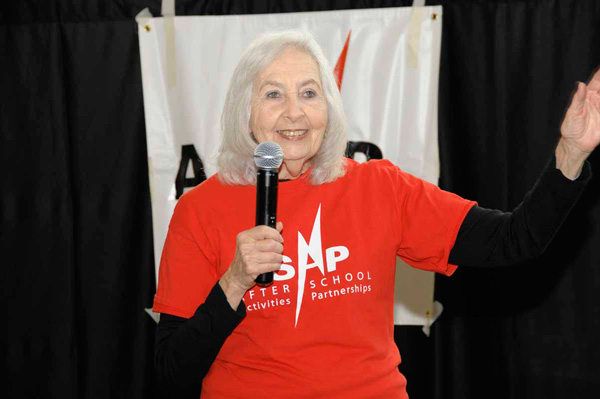 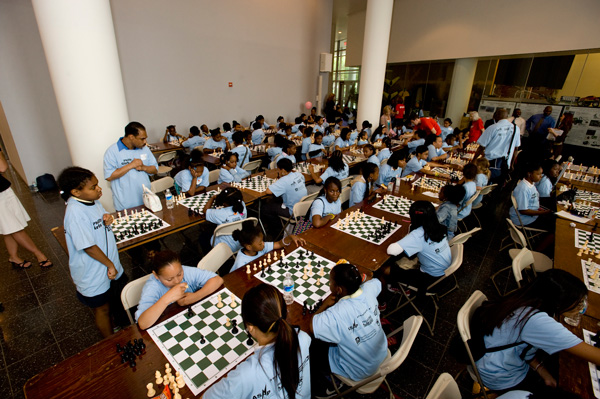 ASAP launches Philly Girls Play Chess, an initiative focused on closing the gender gap in scholastic chess. ASAP also receives the Scholastic Service Award from the United States Chess Federation for the promotion of chess in the inner-city 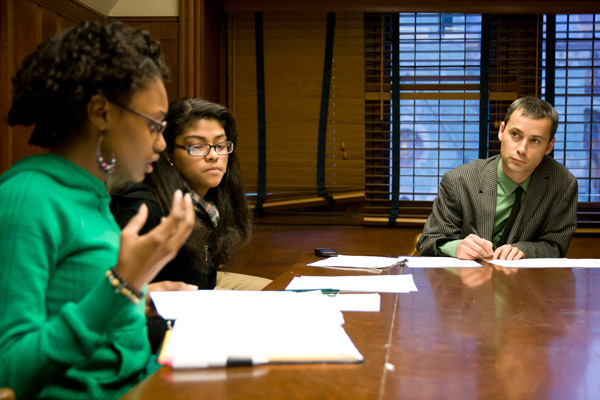 ASAP establishes a formal partnership with Penn For Youth Debate (PFYD) to place undergraduate students from the University of Pennsylvania as assistant coaches at ASAP Debate clubs in West Philadelphia schools and hosts two annual tournaments for Philadelphia youth. PFYD leadership are given perennial seats on ASAP’s Board of Directors 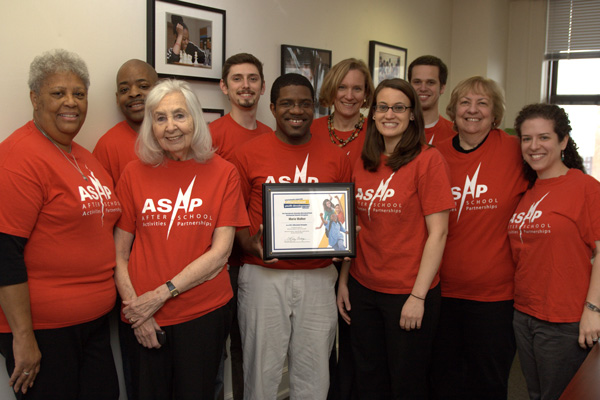 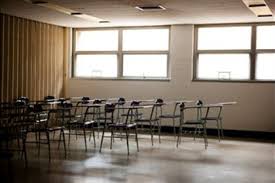 With changes to state funding, the School District of Philadelphia encounters a massive, annually recurring deficit. As a result, the District is forced to lay off hundreds of staff, including nurses and school counselors, slash funds for extra-curricular programs, and, eventually, close 23 public schools in 2013. Also in 2011, ASAP’s board decides to refine the scope of organization’s mission to expanding citywide initiatives in chess, debate, drama, and Scrabble 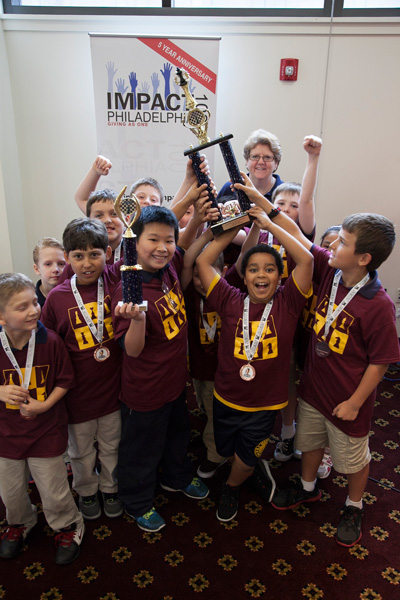 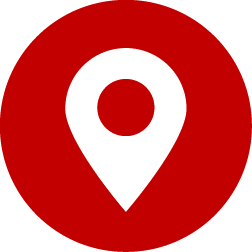 To make finding the right after school activity easier for families, ASAP’s Directory of after school programs is made available as a search engine on ASAP’s website and on the City’s Philly311 mobile platform. For its innovative use of technology, ASAP receives the NBCUniversal 21st Century Solutions Award 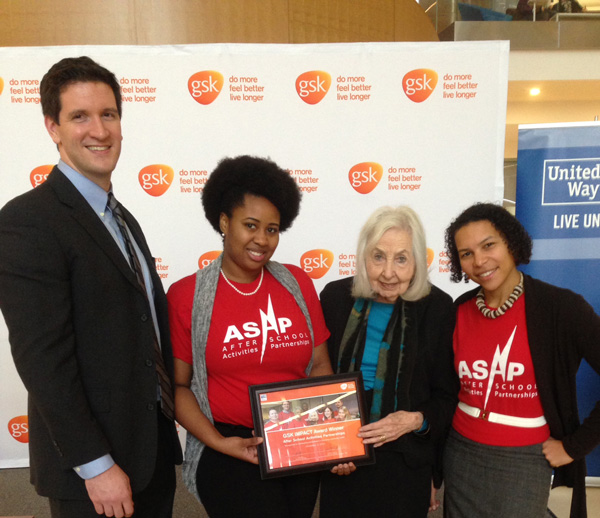 ASAP launches a campaign to support students and families affected by the closing of 24 public schools. To connect transitioning youth with like-minded peers in their new schools, ASAP coordinates 76 clubs in 44 “receiving” schools serving more than 1,100 youth. For this effort ASAP receives the 2014 GSK Impact Award 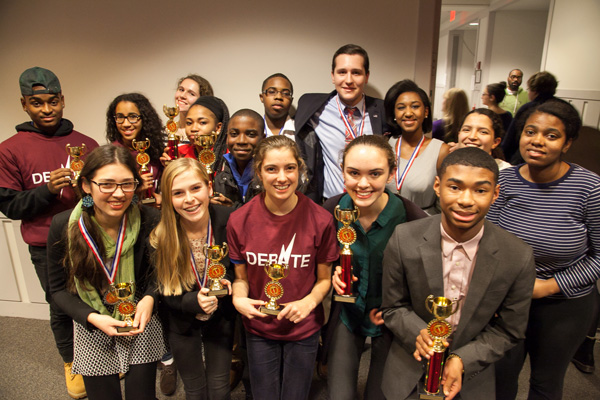 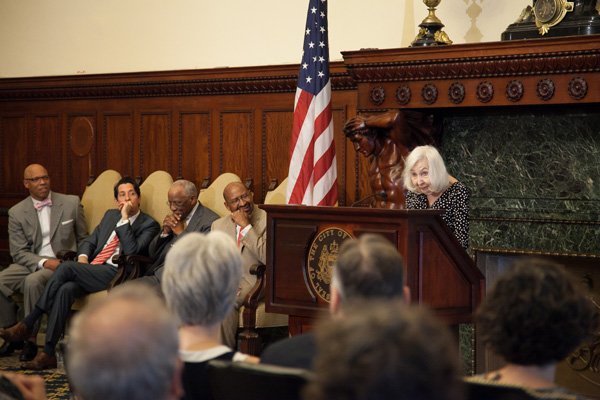 ASAP hosts a tribute to its founder Marciene Mattleman at City Hall as she prepared to step down as ASAP’s Board Chair. The event, which featured guest speakers including Governor Ed Rendell, Mayor Michal Nutter, and Mayor Wilson Goode, celebrated Marciene’s storied career in service and announced the creation of the Marciene Mattleman Founder’s Fund 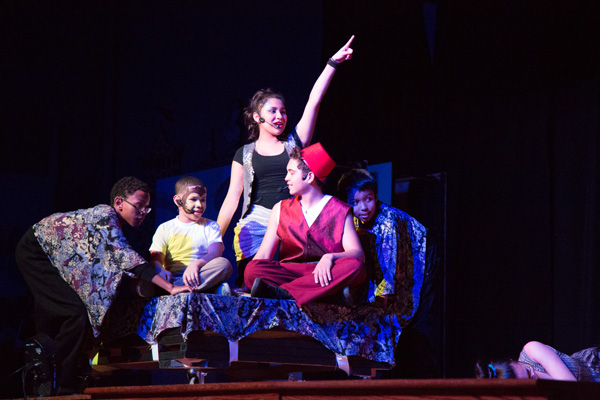 ASAP and ASPIRA of Pa, Inc. debut the first annual bilingual multi-school musical with a production of Aladdin, Jr. 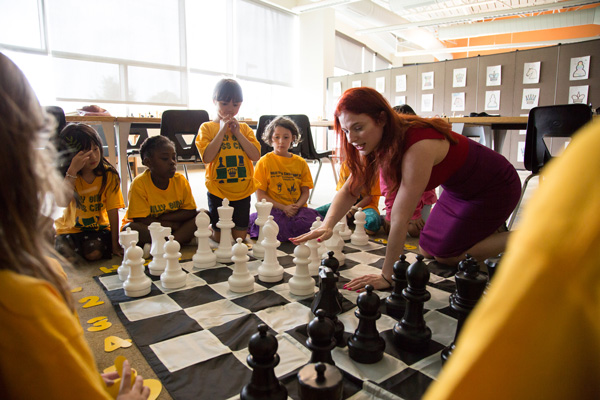 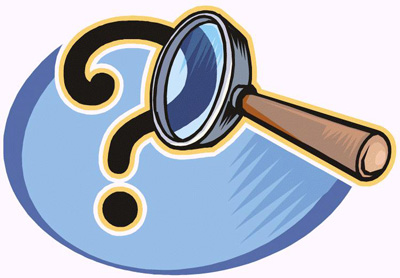 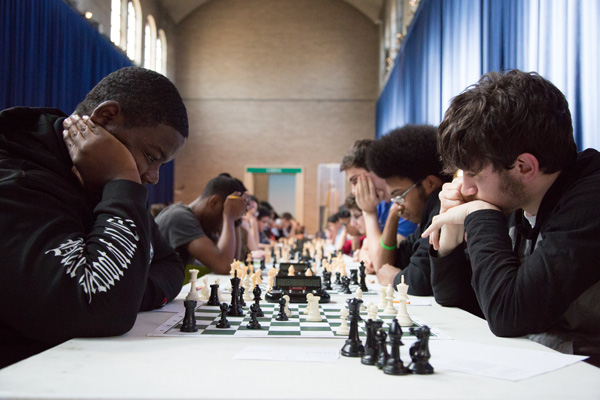 ASAP helps to sponsor more than 100 students to the Chess SuperNationals, the largest scholastic chess tournament in the world, held in Nashville, TN. The experience initiates an annual fundraising effort to sponsor chess players to national-level tournaments 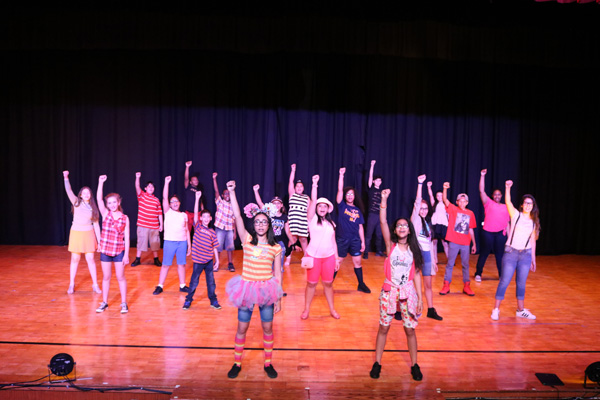 ASAP Drama hosts its first annual Drama Festival, a day of skill-building workshops and performance competitions for drama clubs throughout the city 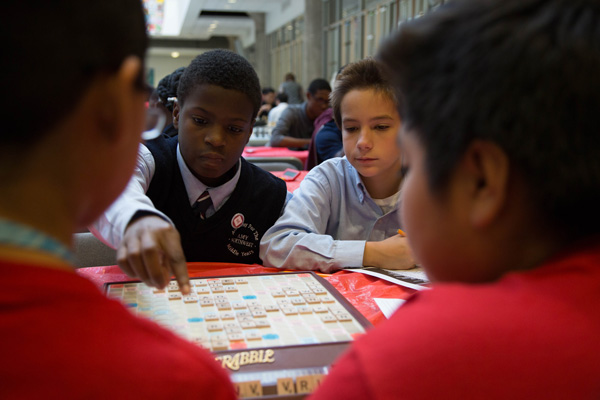 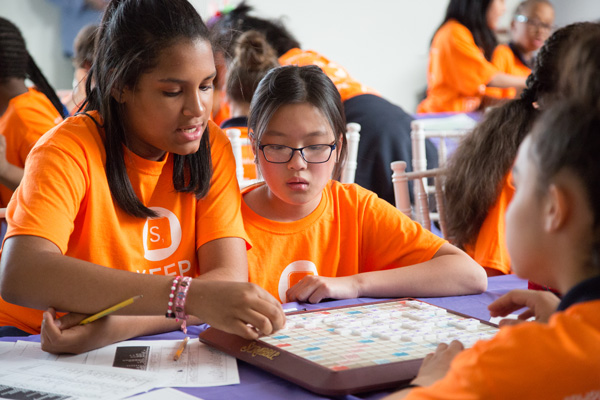 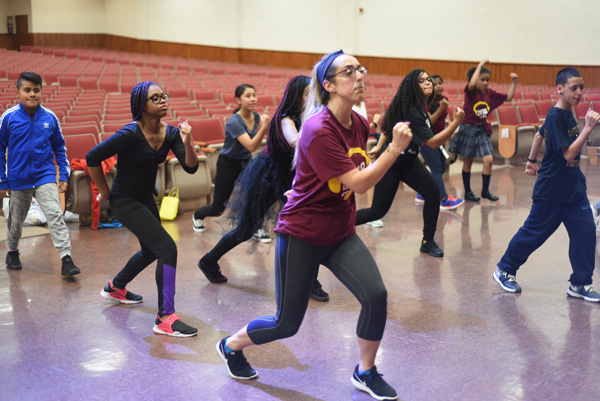 After a period of financial uncertainty, the School District of Philadelphia resumes providing extra-curricular dollars for teachers who run ASAP clubs in District-operated schools 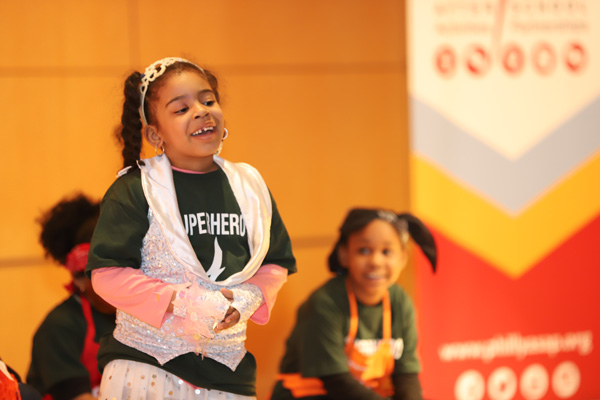 ASAP selected as a recipient of 2019 GSK Impact Award for its work contributing to healthier communities and Philadelphia and later named Chess City of the Year by the United States Chess Federation. In the same year, ASAP is named as finalists for the Wawa Hero Award in recognition of its network of dedicated volunteers as well as the Barrymore Award for “Outstanding Theater Education” program, in recognition of ASAP Drama’s growing community of clubs and teaching artists.