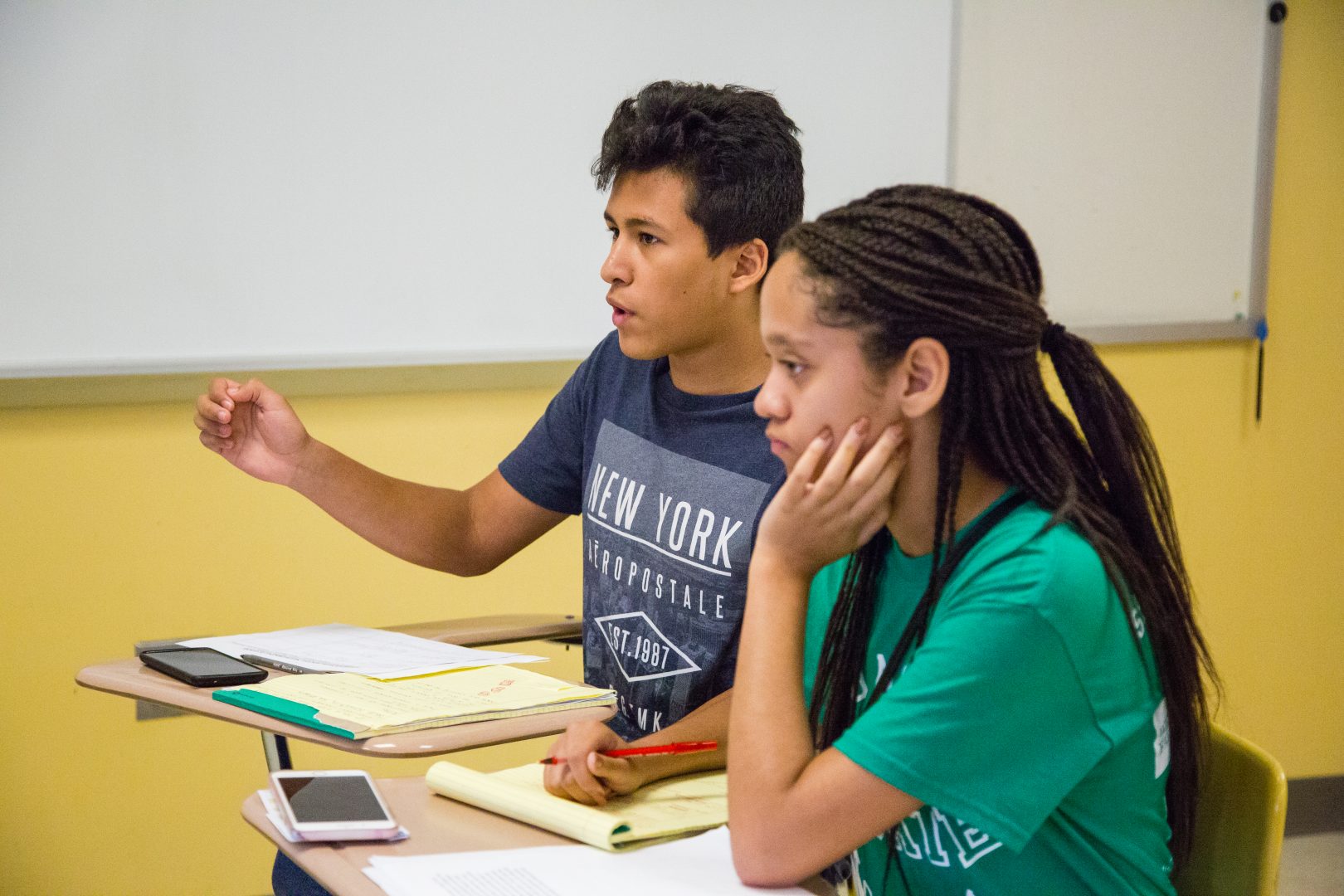 With 45 clubs and more than 500 students (grades 4-12), ASAP Debate is committed to providing youth in Philadelphia public schools with the same opportunity as their suburban and private school peers to develop the essential researching habits, persuasive writing and public speaking skills that will prepare them for success in high school and college.

If you are a youth or a parent/guardian of a student in Philadelphia who is interested in debating after school or in the summer, click this map to find an ASAP Debate club near you. Or to learn more, contact debate@phillyasap.org or call 215.607.2069 x4.

If you want to start an ASAP Debate club at your school or site, click here to learn more.

Through partnerships with Penn For Youth Debate and Victory Briefs, ASAP provides its club leaders with training, evidence packets, and resources to run effective debate clubs.

If you are a teacher, school administrator, site staff, parent or student looking to start an ASAP Debate club at your location, click here.

If you are interested in volunteering to judge debate rounds or support an ASAP Debate club, click here.

For high school clubs, ASAP runs the Philadelphia Scholastic Debate League from November through March. Weekly debates for novice and varsity debaters are held on Wednesdays at Central High School. League Finals take place in March at the University of Pennsylvania. Awards are given for top student pairs at both the novice and varsity level, top individual speakers, and top school.

Middle School Debate: ASAP holds monthly debate tournaments for middle school clubs from October through May and provides transportation for participating groups. Tournaments are generally held at high schools with active debate teams with high school debaters frequently serving as judges. Awards are given at the end of each tournament to top teams and speakers.

Weekend Debate Tournaments: ASAP supports a variety of weekend tournaments, including two weekend tournaments each year at the University of Pennsylvania through a partnership with Penn for Youth Debate. In addition, ASAP raises funds to support debate teams that compete at regional, state, and national tournaments throughout the year.

Hello! ASAP’s two-week summer debate camp will be put on pause until 2023.

For this summer 2022, we will be piloting new summer programs hosted by several specific community organizations. Please email us if you would like more information.

Our players in action

“As a woman of color, our voices are often drowned out. Debate gives me the confidence to speak up and voice my opinion.” -- Tatyana, 12th grade
With more than 20 teams, ASAP’s middle school debate program is one of the largest in the country.
“Understand that your voice is powerful and you have the power to make a difference. And remember, whatever you say, make it hot.” – Ajanae Mills, ASAP Debate alum
“No matter what I do, debate is going to be one of the most integral parts of me being me. This isn’t a high school thing, this isn’t a college thing, this is a life thing.” – Mekhi, ASAP Debate alum

Your Contribution Makes a Difference